A Cross of Thorns

The Enslavement of California's Indians by the Spanish Missions 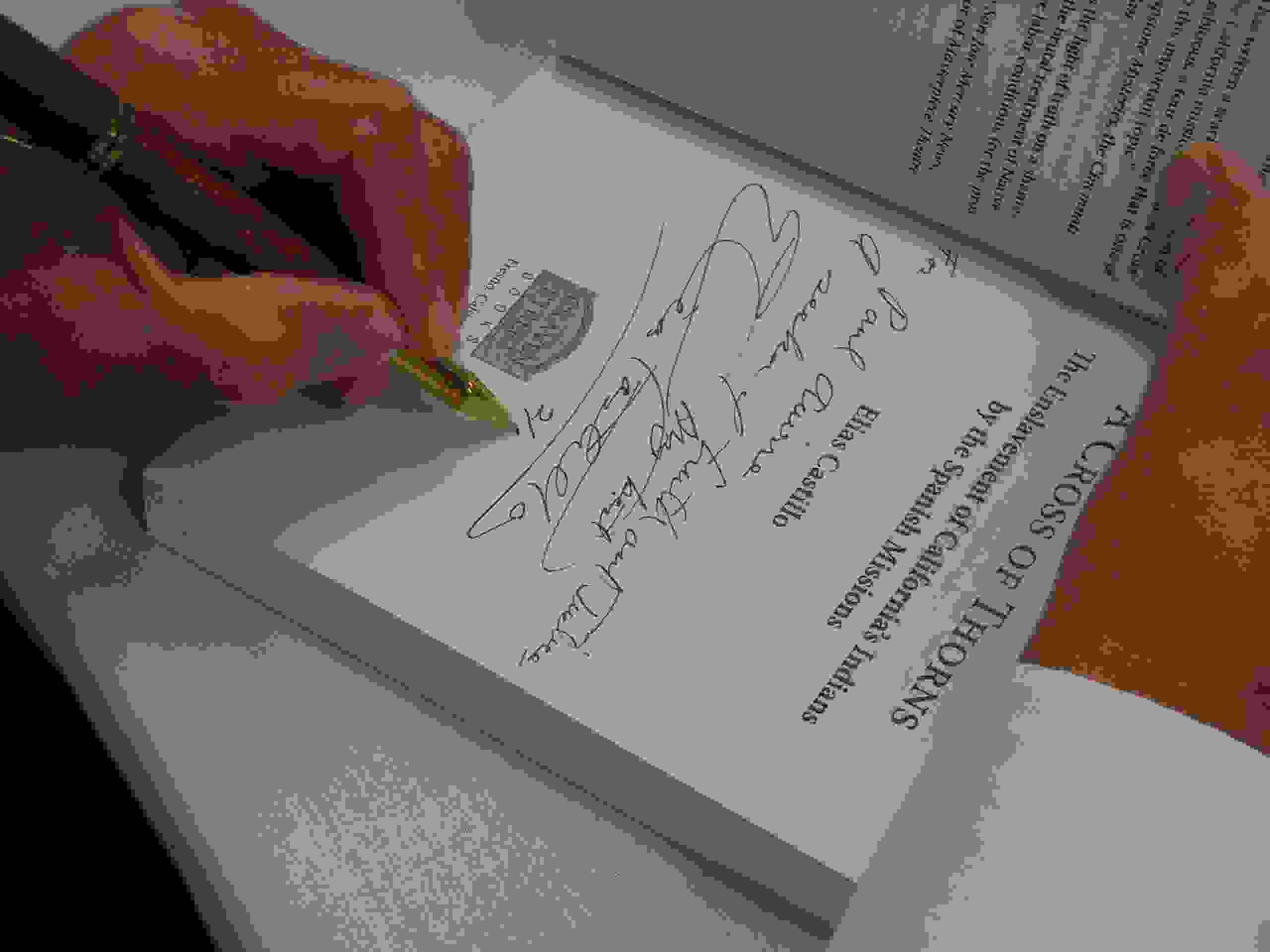 About A Cross of Thorns

I was first prompted to consider writing this book 2004 when I wrote an op-ed piece for the San Francisco Chronicle criticizing a proposed U.S. Senate bill to provide $10 million in matching federal funds to help restore the Missions. The Senate version of the bill mistakenly described the Missions as places where the Indian and Spanish cultures lovingly melded to create California’s early lifestyle.

In that op-ed, I described the Missions as little more than death camps run by Franciscan friars where thousands of California’s Indians perished. My goal was not to oppose the restorations but rather to advocate that, if the bill was approved, the truth regarding the treatment of the Indians—including the great numbers who died—be clearly described at each of the Mission sites.

The reaction to the article astounded me as numerous readers overwhelmingly supported what I had written. One elementary school teacher told me she had refused to teach her pupils anything about the Missions because she knew how the Indians had suffered within them. Others praised my piece saying: “It’s about time the truth was told about the Missions.”

Shortly after the publication of the op-ed, I learned it had been read in its entirety into the United States Congressional Record by then-Congressman Jim Gibbons of Nevada (later Governor Gibbons of Nevada) who cautioned that, in the wake of my op-ed, care should be taken in the wording of the bill in view of the suffering endured by the Indians. All language praising the Missions was removed when the House passed the bill that was subsequently signed by President George W. Bush.

Having my article read into the Congressional Record was the final factor that solidified my resolve to write this book.

A Cross of Thorns is available from major bookstores and in electronic format or you may order it directly from the publisher,

What happened in the Missions

A Cross of Thorns describes the Mission Period when California’s coastal Indians paid a high price for their interaction with the church. St. Junipero Serra, who arrived in 1769, created a harsh and unforgiving regimen that would ultimately claim the lives of 62,000 California Coastal Indians, and devastate their civilization, including the total extinction of a number of small tribes.

In writing A Cross of Thorns, Elias Castillo spent more than eight years meticulously researching historic documents including diaries and letters written by Saint Junipero Serra and padres Fermín Francisco de Lasuén, Francisco Palou, and Mariano Payeras. Castillo’s goal was to write a book that would shatter the myth that California's missions were pleasant places where Indians and friars lived in harmony. Instead, his goal was to help readers understand the forces that ultimately destroyed native communities and cultures that had existed for thousands of years and led to the deaths of more than 60,000 California Indians.

Elias Castillo was a three-time Pulitzer Prize nominee and earned 13 journalism awards in a career that included reporting for the Associated Press and the San Jose Mercury News. Under a grant from National Geographic magazine, he led the first scientific exploration of Mexico’s vast Copper Canyon, located in one of the most isolated areas of North America.

Castillo was born in Mexicali, Mexico, where his step-grandfather, Jose Severo Castillo, a renowned newspaper publisher, exposed political corruption. As a journalist, Elias Castillo reported frequently on criminal organizations, politics and immigration issues in Mexico and spoke to audiences at the San Francisco Commonwealth Club and the California Bureau of Narcotics Enforcement. He co-authored a chapter in the book Organized Crime & Democratic Governability: Mexico and the U.S.- Mexican Borderlands (University of Pittsburgh Press).

How the book was researched and written

When Elias Castillo read a Congressional bill that described California's missions as places where Spanish friars and Indians lived together in harmony, he knew he had to set the record straight.

An Excerpt from A Cross of Thorns

An Eyewitness Account by Captain Jean-François de Galaup, Comte de la Pérouse,  upon his visit to Mission Carmel in 1786

The French captain would later describe how similar the Missions were to slave plantations he had visited earlier in the Caribbean. "The color of these Indians, which is that of the negroes; the house of the Missionaries; their storehouses, which are built of brick and plastered; the appearance of the ground on which the grain is trodden out; the cattle, the horses— everything in short—brought to our recollection a plantation at Santo Domingo or any other West Indian island. The men and women are collected by the sound of a bell; a Missionary leads them to work, to the church, and to all their exercises. We observed with concern that the resemblance is so perfect that we have seen both men and women in irons, and others in stocks."

Copyright © 2018 a cross of thorns - All Rights Reserved.